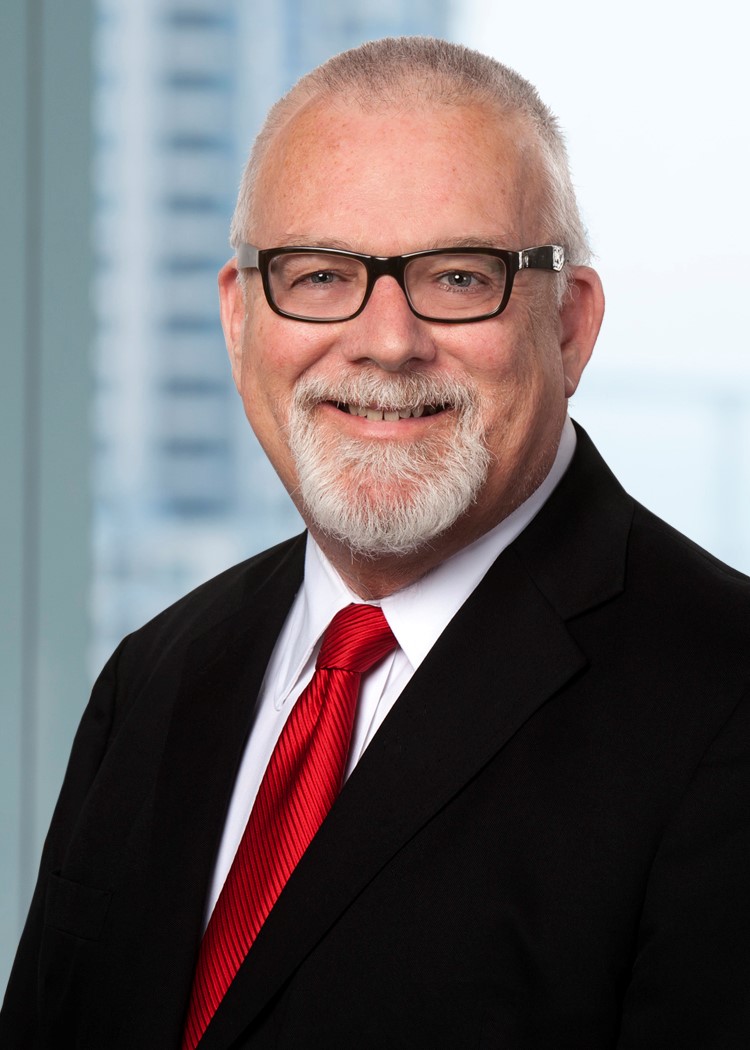 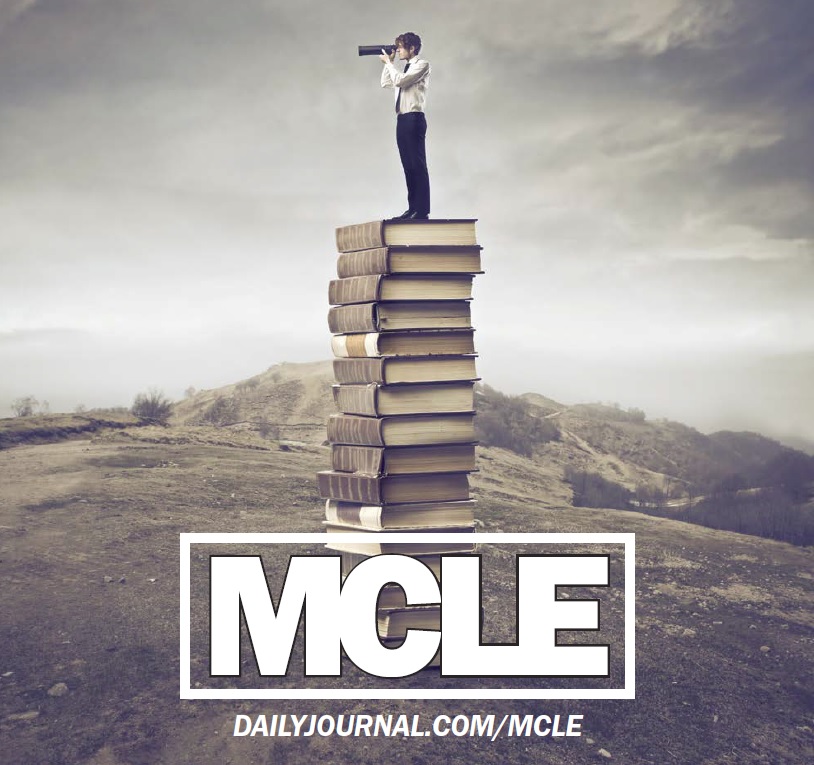 New California Rule of Professional Conduct 1.15, Safekeeping Funds and Property of Clients and Other Persons, might be the new rule of conduct that has the most impact on how California lawyers practice, especially solo and small firm lawyers.

The new rule -- which takes effect Nov. 1 as part of the first major overhaul of the California Rules of Professional Conduct in nearly 30 years -- presents three significant changes from former Rule 4-100:

• The obligation to deposit client funds, as well as funds payable to non-clients, into a client trust account now includes advanced unearned fess in addition to costs;

• The rule now explicitly covers funds received that are payable to non-clients, where the lawyer has undertaken a contractual, statutory or other legal duty to pay them (e.g., lienholders);

• The rule explicitly provides that flat fees are not earned on receipt and must be placed in the client trust account until they are earned unless the client waives that requirement in writing.

Understanding the significance of the first point requires a short history lesson. Rule 9 of the original Rules of Professional Conduct adopted in 1928 required an attorney not to commingle client funds with the attorney's funds; later the rule was amended to require that client funds be promptly deposited into a separate bank account. In 1975, the original rules were revised after the American Bar Association adopted its 1969 Code of Professional Responsibility. Then-new Rule 8-101 required that "All funds received or held for the benefit of clients by a member of the State Bar or firm of which he is a member, including advances for costs and expenses, shall be deposited in one or more identifiable bank accounts labeled "Trust Account," the same formula that was later adopted in current Rule 4-100 in 1989.

In 1979, the California Supreme Court issued its decision in the discipline case Baranowski v. State Bar, 24 Cal. 3d 153. The State Bar argued that "client funds" as defined in Rule 8-101 included advanced unearned fees, monies paid to an attorney as security for fees not yet earned, and those funds must be deposited into a client trust account, something Baranowski failed to do. The Supreme Court found it was unnecessary to resolve that question because the other misconduct that Baranowski was found culpable of justified the discipline recommendation.

On two subsequent occasions, attempts were made to amend Rule 4-100 to explicitly require unearned advanced fees to kept in trust, based in part on the requirement in current Rule 3-700(D)(2) that unearned fees must be returned to the client when the attorney's employment terminates.

Others (including myself) argued that requiring advanced fees to kept in trust would protect clients by preserving unearned fees for refund to the client when the employment terminates (current Rule of Professional Conduct 3-700(D)(2); new Rule 1.16(e)(2)).

The Importance of Being Earned: Addressing the Flat Fee Conundrum

Some also perceived an ambiguity where flat or fixed fees were concerned. Were these fees earned on receipt or earned when the work was done? Many lawyers were confused about the concept of "earnedness" and thought, in good faith, that a flat fee could be deemed earned on receipt and thus not required to be placed in a client trust account. Part of the confusion stemmed from the ABA's adoption of the Model Rules in 1983 that explicitly require unearned advanced fees to be placed in trust; many California lawyers, unaware of Baranowski, thought the same rule applied in California. Some lawyers did not realize that California did not follow the ABA rule, but followed the best practice when depositing unearned fees into trust. Now best practice is part of the rule; moreover, part of a discipline rule.

The drafters of the current rule sought to accommodate the growing use of flat fees, which offer advantages to both lawyers and clients. They balanced the requirement that all unearned advanced fees in new Rule 1.5(a) with the new procedure outlined in new Rule 1.5(b) which allows an unearned advanced flat fee to be deposited into an operating account, provided that the client receives written disclosure after being informed of their right to have the funds kept in a trust account and after being informed that they might be entitled to a refund of unearned fees if the representation terminates before services are completed. Moreover, if the flat fee is more than $1,000, the client must waive in writing their right to have the fees placed in trust. Comment 3 explicitly re-states that absent this disclosure or consent, flat fees must be placed in the client trust account.

Criminal defense practice is one area that will certainly be affected by the new Rule 1.15. Criminal defense practitioners work in circumstances that can make obtaining a fee agreement and informed written consent from the client difficult. One foreseeable consequence of the new rule is the opening of more client trust accounts by lawyers to hold flat fees (and hourly advanced fees) into trust. Keeping the required client trust account records is unfortunately a challenge for some solo lawyers and small firms.

New Rule 1.5 works with Rule 1.15(b) to further define the ethical dimensions of the flat fee. New Rule 1.5(e) defines a flat fee as "a fixed amount that constitutes complete payment for the performance of described services regardless of the amount of work ultimately involved, and which may be paid in whole or in part in advance of the lawyer providing those services." New Rule 1.5(d) prohibits a fee for services as being labelled "non-refundable" or "earned on receipt" but preserves the true retainer, a fee paid for the lawyer or law firm's availability for to ensure the lawyer's availability to the client during a specified period or on a specified matter, but not to any extent as compensation for legal services performed or to be performed." True retainers are still subject to California's native rule regarding unconscionable fees and subject to the multi-factor test preserved in new Rule 1.5(a).

New Rule 1.15(B)(2) also makes clear that if the lawyer's employment terminates before the completion of services, the client is entitled to a refund of the unearned portion consistent with current Rule 3-700(D)(2) (new Rule 1.6(c)(2)). The rule itself doesn't tell us how to calculate how much that would be; the convenient yardstick of hourly rate not being available. But Comment 2 helpfully tells us that lawyer and client can enter into an agreement may enter into "an agreement that defines when or how an advanced fee is earned and may be withdrawn from the client trust account." Different possible approaches include a multi-factor test similar to in the unconscionable fee rule (current Rule 4-200; new Rule 1.5(a)) or a "milestone" approach that deems designated amounts of the flat fee when significant events happen in the representation, an approach that is sometime used even now in criminal defense work.

The other major innovation in the new rule is making explicit what case law has long held. The duty to keep funds in trust extend to funds held for the benefit of non-clients or other third parties the lawyer owes a duty to, whether by contract or statute (see Johnstone v. State Bar, 64 Cal. 2d 153, 155-56 (1966)). The most obvious examples are holders of medical liens, both contractual and statutory, in personal injury matters and transactions where the lawyer agrees to serve as an escrow holder. Both areas have been a reliable source of work for the discipline system for some time now. New Rule 1.15(d)(7) clarifies that the lawyer has a duty to promptly distribute funds on request of a non-client who has an interest in the funds, as well as a client.

Finally, new Rule 1.15(e) carries over the same record keeping requirements stated in the current rule. A general journal for all client trust transactions, a separate client ledger for each client, all bank statements and cancelled checks for each account and each monthly reconciliation of the account. The monthly reconciliation requirement is one often honored in only in the breach but the truth is that many attorneys struggle with. This is one reason many lawyers became attracted to the flat fee concept, thinking it would relieve them of the burden of maintaining funds in trust and accounting for them. Now it clear that the flat fee might not relieve attorneys of client trust account possibilities and will not relieve them of the duty to return unearned fees, we might the unattended consequence of some attorneys moving back to hourly fees, which partially resolves the question of what part of the fee is deemed unearned when the representation ends. The "the time and labor required" (see Rule 1 .5 (b)(12) is concept is thoroughly baked into our concept of "earnedness."

When duties of candor and confidentiality collide

You’ve lost your client. Now what?

How not to be a lawyer

By A. Marco Turk

By A. Marco Turk